Large scale collaborative artworks under the direction of Royce Carlson.

The piece above was the result of Art Slam 2017 at East Jesus, which is an art site in the Southern California desert. I built the dodecahedron and prepared the round panels for other people to decorate. We had over 30 participants and they had one hour to glue and screw stuff to the circles. Sort of like a game show format. The next day we screwed the completed panels to the dodecahedron.

Above are a few photos of the results of Art Slam 2018. Held at East Jesus every year since 2011, Art Slam is an event where participants join teams. The teams have only one hour to create their masterpieces on the supplied panels. In 2018 the panels were old doors. We had about 50 participants and they created some great work!

This is the Tower of Barbarella at East Jesus. I designed and built the structure as an armature for others to make assemblage art on. The panels attached were mostly done at Art Slam events.

The photos above and below are of the Temple of Life at Gateway Ranch near Flagstaff, Arizona. This is another long-term, large-scale art project that invites guest artists to contribute. I designed the building and directed the basic design for the decorations. It was started several years ago and is now finally nearing completion. 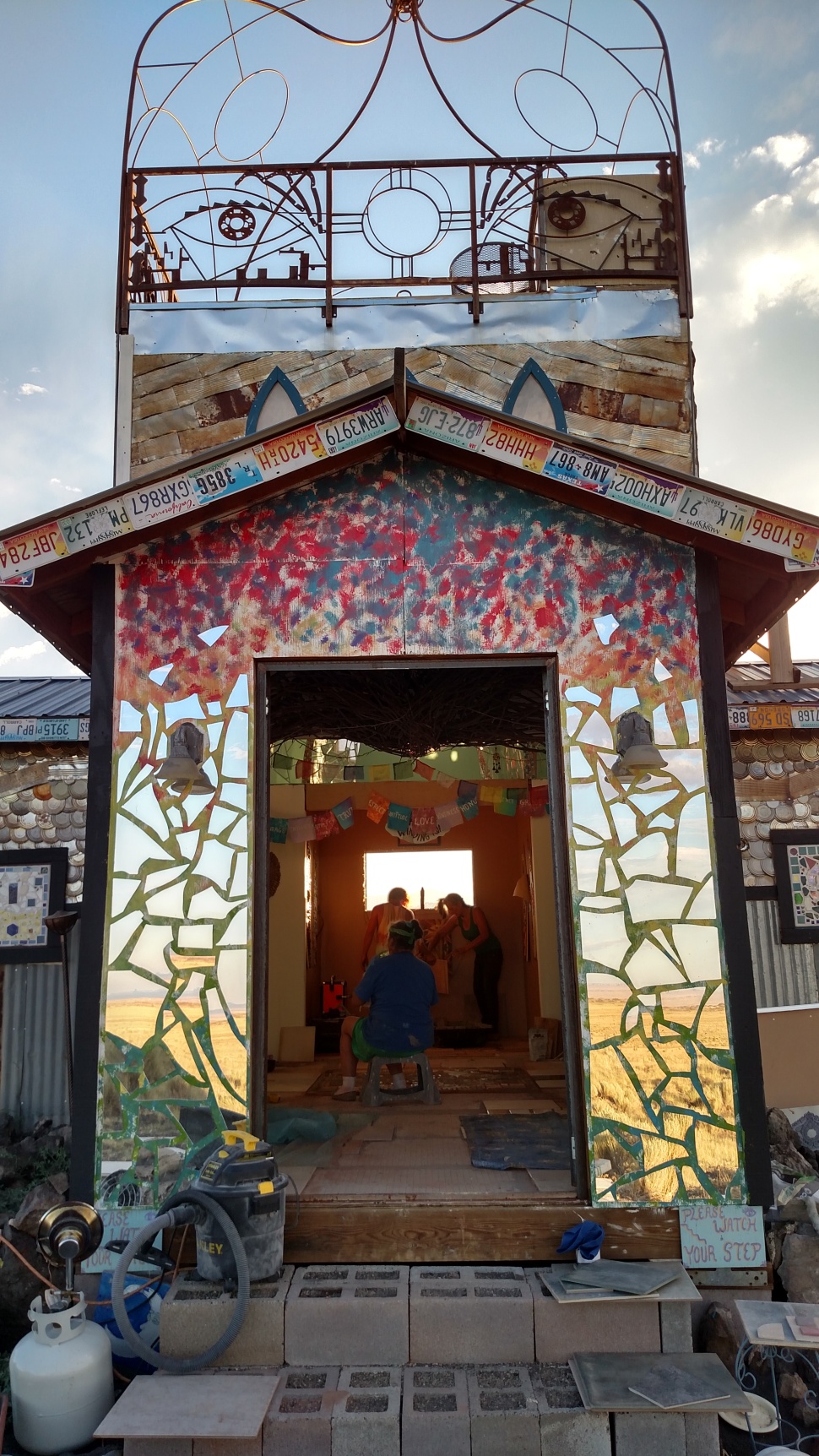